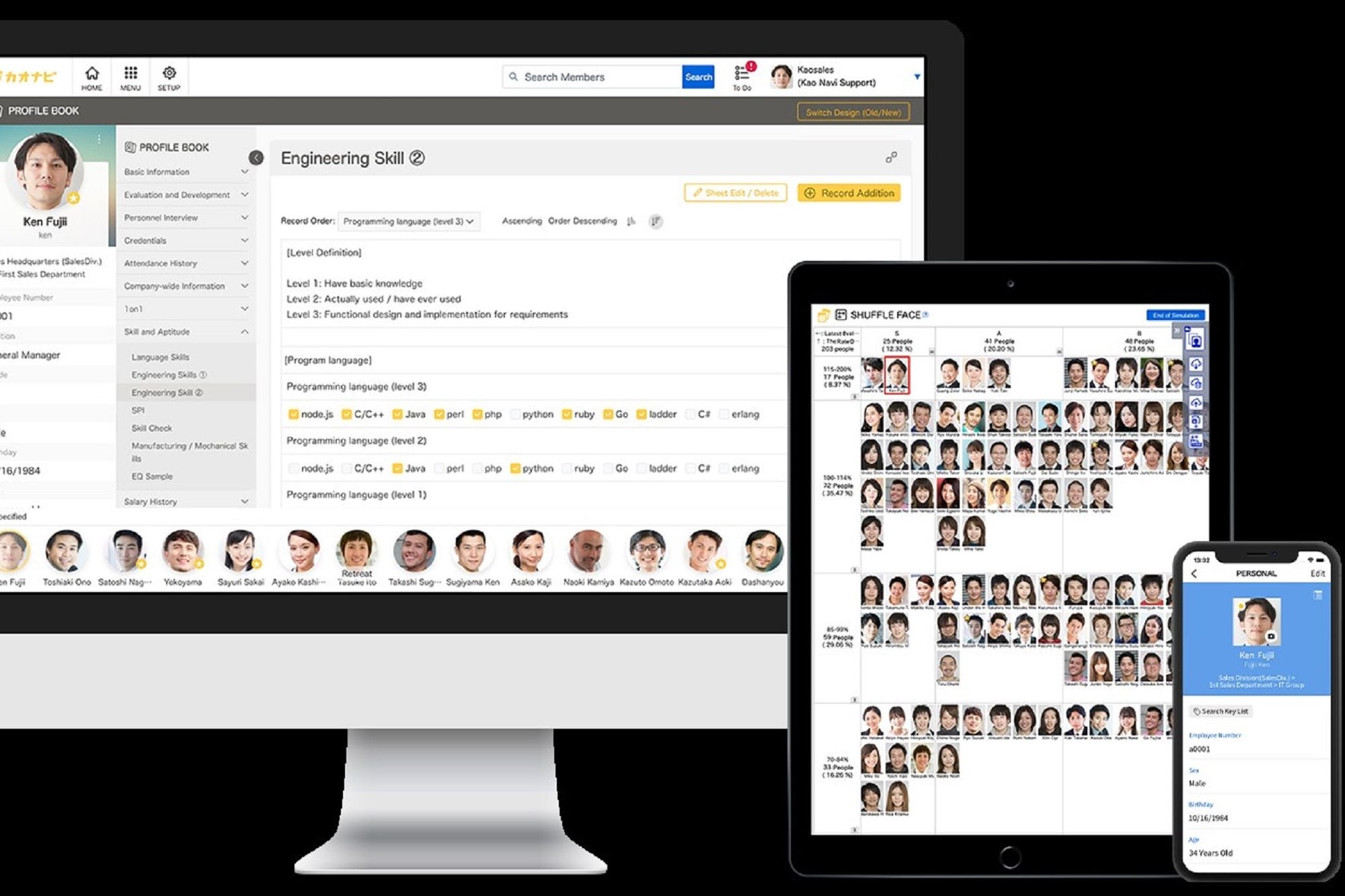 The system enables the management to make decisions based on centralized HR data with faces.

Opinions expressed by Entrepreneur contributors are their own.

In the recent years, human resource (HR) management which uses artificial intelligence (AI) and big data to appropriately allocate resources has attracted attention worldwide. According to a survey by CB Insights, the HR tech market is estimated at $14 billion.

One of the countries where HR technology is about to change significantly is Japan. Japan is the world’s third-largest economy by gross domestic product, but its lifetime employment system and seniority system remains strong, and it can be said that Japan has the most old-fashioned human resource management processes among the developed countries.

However, it is gradually changing due to the recent breakthrough of HRtech. In Japan, the HRtech market is expected to grow to more than $1 billion by 2023 (MIC Research Institute). This suggests that Japan has entered a period of HRtech market growth. So what kind of change is taking place in human resource management in Japan?

The growing demand for the HRtech industry in Japan is due to the unique working environment and labor productivity issues.

Japan is an aging society with a declining birth rate, and the 2018 survey shows that per capita labor productivity is the lowest among the seven developed countries.

The reason for low labor productivity is that the company gives a lifetime employment system; once you join a big company, it basically means you will not be fired. There is a culture wherein working hours are more virtue than the outcome.

However, the wave of globalization and a significant shortage in the working population have forced Japan to increase labor productivity. The government is also pushing for work style reforms, and attention is being focused on human resource management, which is directly linked to improving productivity.

As a result, the software was only used by human resources departments and there was no software that allowed the top executives of a company to properly manage human resources for driving business.

Meanwhile, many start-ups that solve the above problems appeared. For example, kaonavi Inc., this was the first company in the HRtech industry to list on the Tokyo Stock Exchange Mothers and lead the industry. kaonavi employs a system that can centrally manage and visualize all kinds of HR data to better manage people for maximizing their performance.

kaonavi has reformed the traditional Japanese-style human resource management and has a record to be the leader in Japan for four consecutive years as a HR management platform. kaonavi Inc. is a cloud-based software-as-a-service provider. ‘Kao’ means face in Japanese.

Matching face and name’ as a motto, kaonavi Inc. provides a simple system that manages human resources with employee portrait pictures arranged on the screen. It integrates HR data that was difficult to manage with existing systems, and eliminates the inconvenience of the UI. This system has been introduced mainly by IT companies, retail chains, etc., and is currently expanding to finance, manufacturing and all other business categories.

By introducing this system, various effects will be produced, such as ‘high-performer selection ’, ‘well-fit allocation ’, ‘streamlined evaluation process’, ‘skill management and people development’ and turnover prevention in turn.

Globalization, a declining birth rate and aging population is expanding in various aspects. Japan has been forced to change traditional practices and has to increase labor productivity. kaonavi provides an environment where you can refer to the necessary HR data when needed, and realizes corporate HR management that utilizes the individuality and talent of employees. The company is aiming to become an HR data platform as a hub for various human resource management solutions from the core HR database.

In the future, like Japan’s kaonavi, there will be an unprecedented HR platform that responds to the unique working environment of Japan, and the HR tech market will fuel with promising technology company.